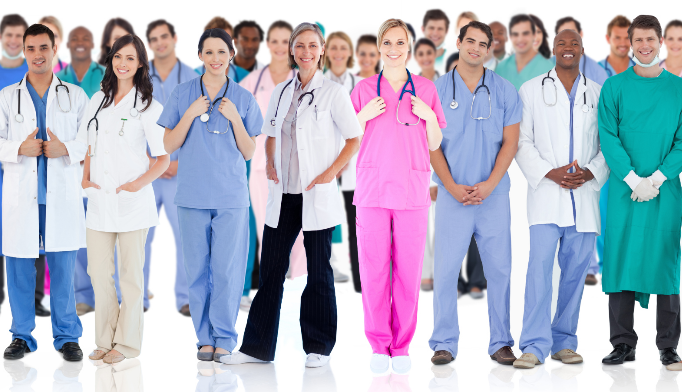 As the legislative session gets underway, we’ll hear a number of arguments against full practice authority for nurse practitioners. Many of these arguments relate to patient safety, though those concerns are unfounded. Study after study has shown that utilizing a nurse practitioner as a primary care provider does not put patients at risk, and may increase health care access for many.

Here are some of the arguments you’ll hear in the coming months, as well as responses you can use to educate the public and allay any concerns they may have.

NPs simply want to play doctor, but without putting in the time that physicians do for education and training.

Nurse practitioners have at least a masters’ degree, and many have doctorates. In addition to their formal education, many NPs spend years working in clinical settings as registered nurses before achieving their NP certification. What’s more, they are not trying to “play doctor” or do anything more than NPs are trained to do.

Due to their lack of education and training, NPs are not qualified to make the best decisions for patients.

NPs know and understand their scope of practice. They know the limitations of their training and when to refer or consult with other professionals. Just like an ear, nose and throat specialist wouldn’t attempt heart surgery, NPs know what they are qualified to treat and what is outside their area of expertise. Many NPs currently run independent practices and they provide quality care for patients.

NPs practicing without physician oversight will create a patient-safety issue in Oklahoma.

Twenty-two states and the District of Columbia grant full practice authority to NPs. That’s almost half the country, yet we don’t hear about patient safety crises in those states. Several years ago, the National Governors Association undertook a review of the available research and concluded that:

“None of the studies in NGA’s literature review raise concerns about the quality of care offered by NPs. Most studies showed that NP-provided care is comparable to physician-provided care on several process and outcome measures. Moreover, the stud­ies suggest that NPs may provide improved access to care.”

Further, a majority of states that employ full practice authority rank in the top half of the nation’s health rankings.

The best role for NPs is part of a team-based approach with a physician at the head of the team.

There’s no proof that NPs will open clinics in rural Oklahoma, and statistics show that NPs currently tend to practice where physicians are practicing.

NPs are currently clustered near physicians because they are required to have a collaborative agreement, and they face financial obstacles to opening their own clinics. In other words, they are practicing where they can currently find jobs.

Studies that have looked more in depth, though, have found that NPs are more likely than physicians to locate in rural areas. One study from Nursing Outlook found that:

“States granting NPs greater SOP [scope of practice] authority tend to exhibit an increase in the number and growth of NPs, greater care provision by NPs, and expanded health care utilization, especially among rural and vulnerable populations. Our review indicates that expanded NP practice regulation can impact health care delivery by increasing the number of NPs in combination with easing restrictions on their SOP.”

Another study performed at Montana State University found that:

NPs simply want to use legislation – not the education or training needed – to earn the privilege of practicing medicine.

Nurse practitioners don’t want to practice medicine — they want to practice nursing. That’s why many of them have spent tens of thousands of dollars and years of their lives to earn Doctor of Nursing degrees. Nurses treat specific ailments, like a general practice physician, but their treatment philosophy also encompasses the health and well-being of the individual as a whole.

If a physician has an agreement with an NP, but isn’t providing any real supervision, that physician needs to be reported to the board.

That argument isn’t really related to the issue of full practice authority. Rather, it’s a talking point the physician community uses to distract from the issue of utilizing full practice authority to increase access to care for all Oklahomans. The fact is, several nurse practitioners already own their own clinics in Oklahoma, and many more are providing services to Oklahomans every day with little or no oversight from their collaborating physicians. In fact, the law doesn’t even require oversight — it only requires a signed collaborative agreement. The problem is that NPs might pay thousands of dollars every month for that agreement. Those are funds that could be used to open new clinics, hire additional staff — or just considered income for work performed. Nurse practitioners are nationally certified and regulated by the Oklahoma Board of Nursing. The requirement for collaborative agreements is simply outdated red tape that is holding back health care in Oklahoma.